School Avoidance Kids Can Qualify For 504 Plans: See 5 Reasons Why

Getting a school-avoidant kid back to school requires collaboration between parents and their school. Often parents need to request help from their school. This can be done through the school’s intervention team, the 504 committee (504 plan), or the child study team (special services department for an IEP).

Section 504 is a Federal Civil Rights Law Meant to Protect Individuals with Disabilities From Discrimination.

Parents may request a 504 Plan to get accommodations and modifications that may help their school avoidant child. According to the Office of Civil Rights (OCR), “The Section 504 regulations require a school district to provide a Free Appropriate Public Education (FAPE) to each qualified student with a disability who is in the school district’s jurisdiction, regardless of the nature or severity of the disability.”

The Americans with Disablilities Act, Amendment Act of 2008 helped clarify how school avoidance kids may qualify for 504 Plans. However, the laws governing these options can be misinterpreted when it comes to school avoidance.

1. The Amendments Act significantly changes how the term “disability” is to be interpreted

“The definition of disability shall be construed broadly and that the determination of whether an individual has a disability should not demand “extensive analysis.“

The Office of Civil Rights (OCR) says “In most cases, application of these rules should quickly shift the inquiry away from the question of whether a student has a disability (and thus is protected by the ADA and Section 504) and toward the school district’s actions and obligations to ensure equal educational opportunities.”

“While there are no per se disabilities under Section 504 and [ADA], the nature of many impairments is such that, in virtually every case, a determination in favor of disability will be made. Thus, for example, a school district should not need or require extensive documentation or analysis to determine that a student with diabetes, epilepsy, bipolar disorder… has a disability under Section 504 and ADA.”

The language doesn’t specify each possibility of a mental health disorder. But this interpretation providing an example of bipolar disorder shows that all diagnosed mental health disorders should be considered. For instance: PTSD, Depression, Anxiety Disorders, Obsessive-Compulsive Disorder……and beyond.

If a school avoidant child’s emotional disorder or learning difference is affecting a major life activity, they are entitled to a 504 Plan. This has always been the case, but this amendment broadens the guidance for qualifications.

For example: Some kids with school avoidance may be fearful to leave their homes. This impairs the life activity of intereacting with other people and participating in live outside the home.

3. Learning is not the only major life activity that qualifies a student under Section 504

A student has a disability under Section 504 if a major life activity is substantially limited by his or her impairment. Nothing in the ADA or Section 504 limits coverage or protection to those whose impairments concern learning. Learning is just one of a number of major life activities that should be considered in determining whether a student has a disability within the meaning of those laws. 28 C.F.R. § 35.104; 34 C.F.R. § 104.3(j)(2)(ii).

The OCR explains that “An impairment is a disability if it “substantially limits” the individual’s ability to perform a major life activity as compared to most people in the general population.

It doesn’t need to prevent, or significantly or severely restrict, the individual from performing a major life activity to be considered substantially limiting.

5. Grades: Nowhere does the law state that a child has to be failing in order to qualify for a 504 plan

OCR states, “Grades alone are an insufficient basis upon which to determine whether a student has a disability. Moreover, they may not be the determinative factor in deciding whether a student with a disability needs special education or related aids or services. Grades are just one consideration and do not provide information on how much effort or how many outside resources are required for the student to achieve those grades.”

After reading this, do you see clearly how a child with school avoidance may qualify for a 504 Plan? 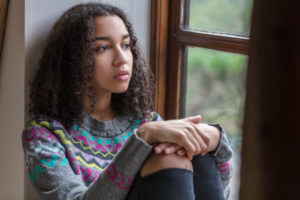 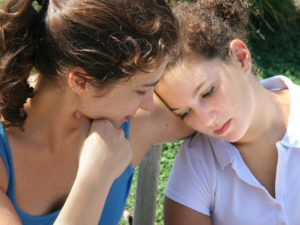